On a Slope with Falling Cherry Blossoms

On the way to school one day, Tomoya Okazaki meets a strange girl talking to herself named Nagisa Furukawa. Later in the day, Tomoya has a conversation with Nagisa during lunch and learns that she is repeating her last year of high school, and wants to join the now-disbanded drama club. After school, Tomoya goes to Nagisa’s family bakery and meets her parents; he is invited to have dinner with them. 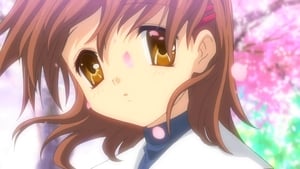 Oct. 05, 2007
Disclaimer: This site does not store any files on its servers. All the content is provided by non-affiliated third parties. HAVE A NICE DAY