Setsuna dispatches Graham with ease, the latter being caught off guard by the advanced technology of the Gundams. Tieria returns to space with Gundam Virtue. The Union Army creates the Anti-Gundam Investigative Squad with Graham and Billy transferred from the MSWAD as official members. Meanwhile, Celestial Being launches surprise attacks in South Africa, the South American continent over Taribian airspace, formerly in Venezuela and Guyana, and in Ceylon. Setsuna later faces off against Colonel Smirnov while conducting an attack against Human Reform League mobile suits. Later on, a JNN broadcast revealed that various militant factions in North Ireland signed a peace treaty, ending years of fighting between themselves, the British Army and the PSNI. 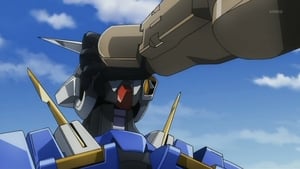 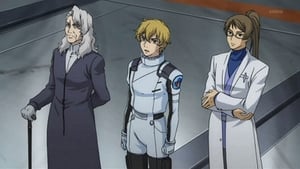 Oct. 20, 2007
Disclaimer: This site does not store any files on its servers. All the content is provided by non-affiliated third parties. HAVE A NICE DAY