Colonel Sergei returns to the Reform League to head a new squad designated for capturing one of the Gundams, with Soma Peries as his designated subordinate. Encouraged by Celestial Being’s anti-conflict actions, the South American nation of Taribia declares its withdrawal from the Union and declares it independence over the control of energy resources, prompting a Union military response, forcing Celestial Being to intervene. In Azadistan (In the territory of Iran), Shirin Bakhtiar explains to First Princess Marina Ismail that the conflict is not as simple as it may first seem. Meanwhile, the Anti-Gundam Investigative Squad, in Flag Customs, engage Exia in Taribian airspace. Later on, pro-Taribian separatist politicians led by its prime minister are forced to drop their bid for independence after their forces were defeated by the Gundam Meisters. 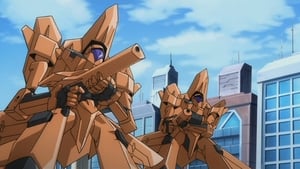 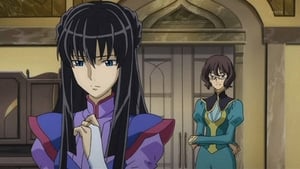 Oct. 27, 2007
Disclaimer: This site does not store any files on its servers. All the content is provided by non-affiliated third parties. HAVE A NICE DAY