The Republic of Moralia, located in the southeast of France (what today is the Principality of Monaco) and a member of the AEU, has placed in armed forces in joint exercise with French-led AEU forces, including Patrick Colasour. Marina heads to France to request humanitarian assistance, despite the incomplete status of the AEU’s Orbital Elevator. Meanwhile, Celestial Being Gundam Meisters were led by Sumeragi Noriega and her crew (except Lichtendahl Caeli and Lasse Aion) alongside Wang Liu Mei in disrupting the exercises, taking on both Moralian and AEU mobile suits. Later on, Setsuna is surprised when he takes on Ali Al-Saachez, a figure from his past, in his custom-made AEU Enact prototype. 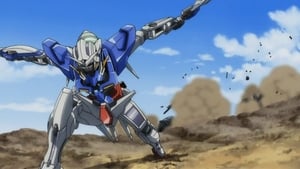 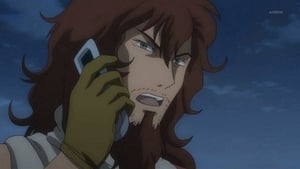 Nov. 10, 2007
Disclaimer: This site does not store any files on its servers. All the content is provided by non-affiliated third parties. HAVE A NICE DAY