The Reason for Fighting

Marina speaks to Setsuna, Tieria, Ian and Lasse, thanking them for saving her while making a request for them to be bring her back to Azadistan when Tieria refused at first. On the way to Azadistan, the Ptolemaios 2 is attacked by an A-LAWs navy ship in an ambush and has deployed underwater mobile armor ‘Trilobyte’ to eliminate the ship. Setsuna, Lockon, Tieria and Allelujah have managed to defeat them, bringing the fight to the surface before Soma and The Masked Man intercepted Setsuna and Allelujah with their customized Aheads. Kataron mobile suits arrive just in time to drive back the A-LAWs ship. Marina and Shirin are then reunited. Meanwhile, Billy has been recruited as an A-LAWs MS development chief due to his grudge with Sumeragi. 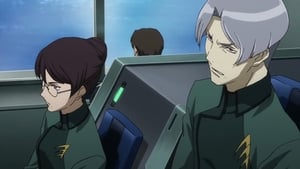 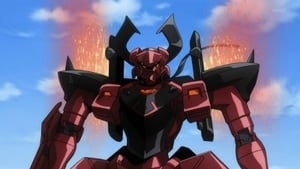 Oct. 26, 2008
Disclaimer: This site does not store any files on its servers. All the content is provided by non-affiliated third parties. HAVE A NICE DAY