Setsuna escorts Marina back to Azadistan after the Meisters stop at Kataron’s Middle Eastern base. Saji leaves the base as he does not trust the Celestial Being’s action. Suddenly, an Earth Federation ship arrives in the area and detains Saji before Sergei decides to release him. An A-LAWs task force arrives with Mr. Bushido, Soma and Barrack leading the squad before automaton droids were deployed to massacre Kataron guerrillas and civilians. Lockon arrives with Tieria and Alelujah to hold back the A-LAWs task force with Lockon gunning down the droids in rage while Soma hesitates to attack him when she sees the droids attack the guerrillas and civilians. Setsuna and Marina arrive in Azadistan, only to face Ali with a mobile suit as he watches the country burning. 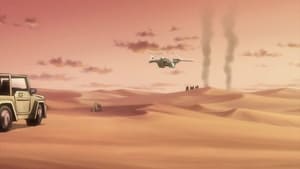 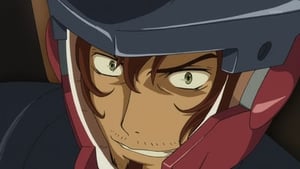 Nov. 02, 2008
Disclaimer: This site does not store any files on its servers. All the content is provided by non-affiliated third parties. HAVE A NICE DAY