After the Meisters land on the damaged Kataron base in the Middle East, they were greeted with accusations and distrust. At this time, Tieria brings Saji back to the Ptolemaios 2 after he spotted him all shaken up in guilt. A-LAWs launches another operation to sortie against the Ptolemaios 2. The Meisters launch to intercept while Sumeragi is out of action after a flashback of a failed operation she led that resulted in her love interest, Emilio’s, death. Saji follows Ian to a Ptolemaios 2 turret, while initially hesitating to do so before he fires it at a GN-X III piloted by Louise Harlevy. Allelujah encounters difficulties while facing Soma and Setsuna with Mr. Bushido. As a result, Setsuna goes into trans-am mode with his 00 Gundam. 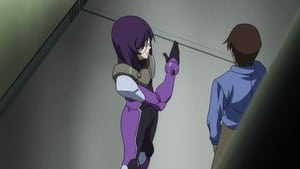 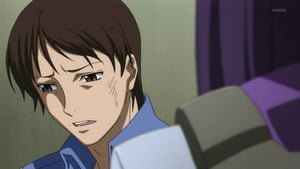 Nov. 09, 2008
Disclaimer: This site does not store any files on its servers. All the content is provided by non-affiliated third parties. HAVE A NICE DAY