To break his stalemate against Mr. Bushido, Setsuna takes an extreme risk by activating the 00 Gundam’s Trans-am system in order to win. Soma’s Ahead and the Arios are shot down and declared MIA as the Ptolemaios 2 is forced to retreat. Stranded and forced to face each other outside their mobile suits, Soma suffers mental attacks from Allelujah’s presence and reverts to her Marie personality. Upon finding them, Sergei eventually decides to let them go and the two are rescued by Lockon. Meanwhile, Marina and Katharon learn the Federation intends to reorganize the Middle East and has dissolved all nations including Azadistan. 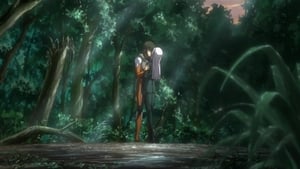 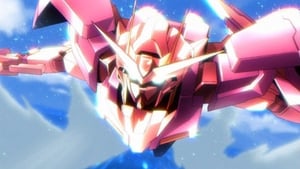 Nov. 16, 2008
Disclaimer: This site does not store any files on its servers. All the content is provided by non-affiliated third parties. HAVE A NICE DAY