With Blast holed up in a secret hotel room, Misato has come to visit again while Yasu and Gaia finally make a decision about the debut. Nana tells Nobu that she has a plan to get Hachi back. Trapnest’s members leave for London and Hachiko heads back to her hometown, while Reira discovers that Blast’s debut single will be released on the same day as Trapnest’s new single. 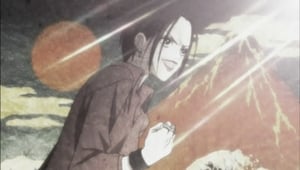 Feb. 07, 2007
Disclaimer: This site does not store any files on its servers. All the content is provided by non-affiliated third parties. HAVE A NICE DAY