Amu and her Guardian Characters are on their way to school when they see a girl taking water to a flower. Amu comments on how kind that is. The girl gets flustered, and trips and almost crushes the flower, to be saved by Amu. The two introduce themselves. The girl’s name is Rikka and she just transferred to Seiyo. Amu gets surprised when she’s able to see Ran, Miki, Su, and Diamond. On the way to school, Amu and co. try to explain everything to Rikka, who lost attention while seeing a butterfly. In the Royal Garden, Amu tells the Guardians about her meeting with Rikka. Then, commotion starts outside and the Guardians check it out. Rikka is trying to save a cat from a tree branch. The branch breaks, and Rikka clutches the cat in fear as she falls. Amu Character Changes with Ran and saves her, while Tadase and Nagihiko get the branch. The Guardians tell Rikka to tell them or a teacher from now on if something happens. Rikka asks what a Guardian is, and after they tell her, Rikka wants to become one herself. Amu comments that she may one day since she sees Guardian Characters. Suddenly, the Guardian Characters sense an X Egg in the art room. The rush to find it, and Amu tells Rikka to stay put, who does the exact opposite. In the art room, Amu transforms into Amulet Spade and Tadase to Platinum Royale. Rikka catches up, and talks to the X Egg, commenting that it’s sad because it can’t draw well. The others, including the Guardian Characters, that’s what becomes of an Egg. Rikka gets a little sad. At Rikka’s apartment, Rikka lies on her bed, and lots of X Eggs come out from various places in her room. Rikka tells them she’s going to try to be a Guardian. 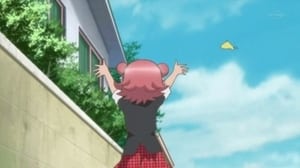 Oct. 03, 2009
Disclaimer: This site does not store any files on its servers. All the content is provided by non-affiliated third parties. HAVE A NICE DAY