Hikaru vs the Rabbit? The Very First Job!

Amu and Tadase arrange for Hikaru to take care of a rabbit. When he tries to feed it, he gets bitten and calls Amu a liar because she said it was tame. Ran, Miki, Su, and Diamond explain to Hikaru that the rabbit is timid and that he needs to gain its trust. He takes the rabbit out for a walk later on, but it runs off and into a patch of flowers; Rikka tries to stop it and nearly falls on them, but Hikaru manages to stop her. The two talk and the rabbit had eaten some flowers that make it ill. Amu’s guardians characters suggest some ways to cure the illness, but Rikka yells at them for thinking of ways that can’t help it. She lies down and strokes its back, and tells the story of if she was sick, her mom would do the same. The four guardian characters feel bad for Hikaru because his parents had died when he was little. Near the end, Hikaru is seen stroking the rabbit’s back as an easter worker comes to pick him up. He refuses to go home, but Tsukasa explained that he called a vet in to help. Hikaru wonders why people care for such annoying things, and Tsukasa explains that they’re a lot of work, but you can’t help but fall in love with them. The next day, Rikka, Amu, and Hikaru run towards the pen to see the rabbit healthy and up again, and Hikaru feels warmth in his heart. 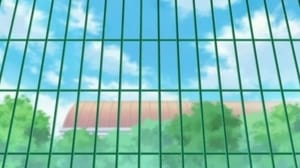 Oct. 24, 2009
Disclaimer: This site does not store any files on its servers. All the content is provided by non-affiliated third parties. HAVE A NICE DAY