Kirito, Asuna and Yui are resting at Sasha’s church where she takes care of the younger children until Yulier of the Army arrives. Yulier explains the Army under their leader Thinker had good intentions of helping players but as the Army got bigger, people like Kibaou started abusing power on others. Thinker was going to expel Kibaou over the Gleam Eyes incident but the latter trapped him at a secret dungeon on the 1st floor which is why she has come to Kirito and Asuna for help. With Yui refusing to stay at the church, Kirito, Asuna and Yulier reluctantly bring her alone to rescue Thinker. When they arrive at his location, a boss called “The Fatal Scythe” attacks them. Kirito and Asuna orders Yulier to escape together with Thinker and Yui as they fight the boss but it is too strong. As the boss is about attack Kirito, Yui confronts the boss, who is unable to damage her due to being an “Immortal Object” and defeat the boss. Yui, finally remembering her past, reveals to Kirito and Asuna that she is an AI counselor created by the game’s Cardinal system whose purpose was to monitor and counsel the players on their mental state. But on the day of game’s launch, Cardinal refuse to allow to her interact with the players which she was forced to watch their mental state deteriorating until she learned about Asuna and Kirito and wanted to meet them. Despite the revelation, Asuna and Kirito still accepts Yui as their daughter but she tells them goodbye as she’s going to be deleted for interfering in the game. Refusing to accept it, Kirito uses the GM console Yui left behind to save Yui by turning her into a crystal item. With Yui’s data save on his NerveGear local memory, Kirito and Asuna hopes to recreate her in the real world. 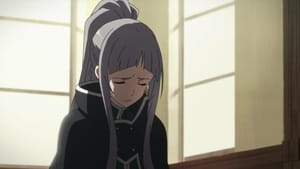 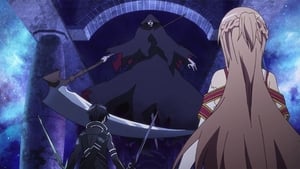 Sep. 23, 2012
Disclaimer: This site does not store any files on its servers. All the content is provided by non-affiliated third parties. HAVE A NICE DAY