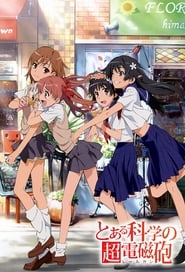 Misaka, one of the the 7 strongest people at her school, is the titular character of the story and can control the electric fields surrounding her. She lives in Academy City, a “scientific city of the future” of over 2 million students all learning to control their esper (supernatural) powers — of which some are more powerful than others. She mostly tries to do the right thing but isn’t above taking matters in her own hands and bending a few rules here and there. This is about her trials, tribulations, and experiences as she grows up surrounded by her friends. This story deals with “Level Upper”, a cheat people can use to quickly become more powerful without effort. Toaru Kagaku no Railgun is a fully formed ‘side-story’ to Toaru Majutsu no Index where a supporting character there (Misaka) is given her own complete story and viewpoint while also interacting with the concurrent events of Index 1. This is the second story in the entire overarching story line — you should watch Index 1 first, but you MUST watch this before Reilgun S (aka Railgun 2).