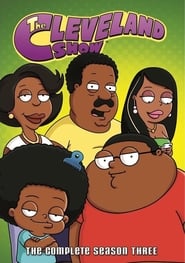 The Cleveland Show’s third season debuted on the Fox network on September 25, 2011, and concluded on May 20, 2012. On June 10, 2010, it was announced that the series had been renewed for a third season. According to co-creator Mike Henry, musical guests on season three were to originally include Kanye West, will.i.am, Nicki Minaj, Bruno Mars, Chris Brown, Darren Criss, Questlove, and Fergie. With the exception of Fergie and Darren Criss, all musical guests were included on Season 4. The hurricane-themed crossover episode with Family Guy and American Dad! aired on October 2, 2011. It was originally going to air in the second season but was postponed due to the April 25–28, 2011 tornado outbreak in the Southern United States.