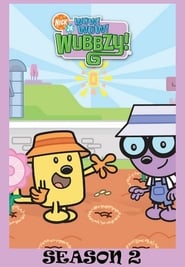 In this season, a new main character, Daizy, was introduced to the series. The Wubb Club, previously featured in the eponymous season one episode, makes a return in the first episode of the season. The building now plays a large role in the show, being the main hangout spot for Wubbzy, Widget, Walden, and Daizy. The club now also plays host to a majority of the show’s intersitial shorts. Another addition to the episode lineups are Jukebox Robot segments, of which precede a rotating assortment of four songs (“The Wubbzy Wiggle”, “Dance Dance Party, “Happy Hop”, and “Robot Dance”). This segment is designed to help viewers stay active and dance while watching.